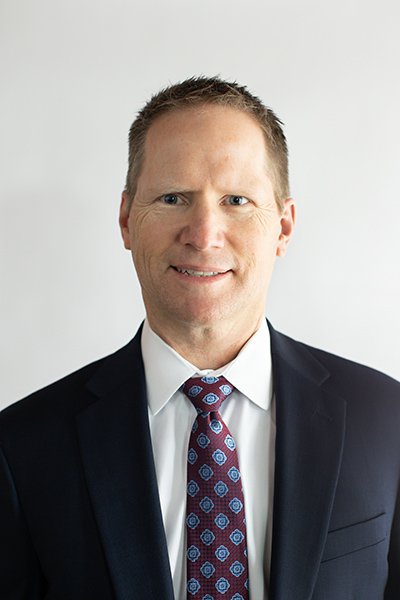 Jim Hering has been representing both plaintiffs and defendants throughout Texas for almost 25 years. Although adept at representing his clients in any state or federal court in any county in Texas, Hering spends most of his time fighting for his clients in McLennan and surrounding counties. Raised on a farm in nearby McGregor, Hering has a lifelong connection with, and an understanding of the people and their needs in our legal community.

Hering received his B.B.A. from Tarleton State University in 1993. While at Tarleton, Hering was a 3-year letterman on the football team as a quarterback; set a handful of school records; and was the 1992 recipient of the Higgs Award, honoring the team’s most valuable player.

Jim received his Juris Doctor in 1996 from South Texas College of Law. In addition to graduating with Honors, Hering participated in mock trial, moot court and served as the Articles Editor for the South Texas Law Review. While in law school, Hering worked part-time for the late Hon. Frank G. Evans at the Center for Legal Responsibility, where he gained his mediator certification.

Before joining Pakis Giotes in 1997, Hering served a one year stint as a Briefing Attorney for the Hon. Davie Wilson of the First District Court of Appeals in Houston. During his early years with Pakis Giotes, Hering would handle most any case of any client that called on his services. However, as his practice progressed, Hering began to focus his skills and attention on business litigation, with a primary emphasis on personal injury trial work. Hering’s emphasis and “call” to personal injury was brought about by his own personal tragedy—the death of his 15 year-old son, Rhett, in 2015. Rhett’s sudden death involving a UTV accident, gave Hering a unique and personal perspective in representing both plaintiffs and defendants involved in serious personal injury litigation.

Although representing clients in life-altering litigation is demanding and stressful, Hering has tried to maintain a healthy work-life balance by being a present and devoted husband, father and civic leader. Hering has been the Mayor of McGregor since 2000; served several years as a high school mock trial coach; coached all of his kids’ various athletic teams and pastored a church from 2007-2015. Currently, Hering sits on the Board of Rhett Revolution, a non-profit corporation whose mission is to provide hope and resources to parents who have lost someone too soon.