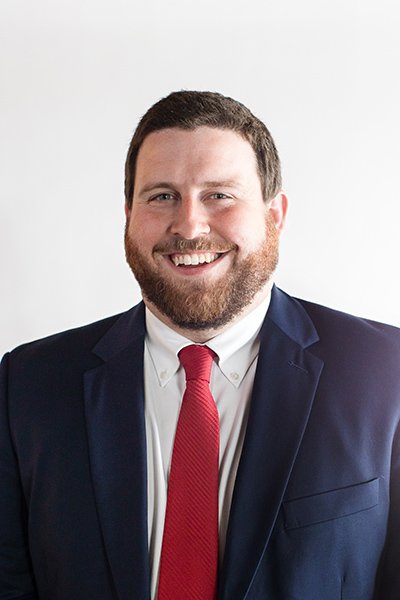 Travis Blake is a dedicated litigator representing both plaintiffs and defendants in personal injury and commercial disputes in state and federal court.

After college, Travis went on to Baylor Law School where he graduated with his Juris Doctor in 2017. At Baylor Law School, Travis competed actively on various moot court and mock trial teams, in addition to actively volunteering with a local legal non-profit and clerking part-time for a federal magistrate judge. Travis began as a clerk at Pakis Giotes during his final year of law school, and he began work as a full-time attorney specializing in litigation upon graduating from law school.

Travis and Berry have been licensed foster parents since 2019. In December of 2020, they officially adopted their 4-year-old foster daughter, and have a new baby boy born in 2021.

In his spare time, Travis enjoys spending time with his wife Berry and pursuing various hobbies including reading, traveling, skiing, hunting, and cheering on the Baylor Bears. Travis and Berry are members at Highland Baptist Church, where Travis serves in various volunteer roles and Berry served on full-time staff with the student ministry for a number of years before stepping back to focus on raising a family. Travis has coached high school mock trial for a local private school since 2018, and he has served as the Board President for Waco KLIFE, a local Christian youth outreach since 2017.